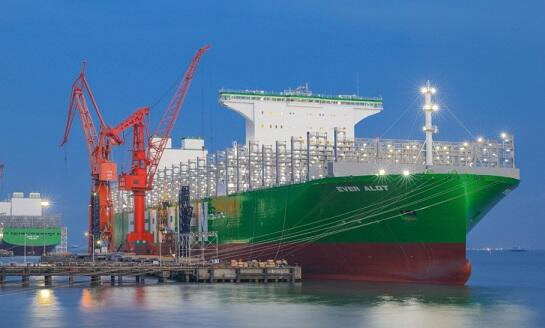 A 20-foot Ever Alot cargo ship with a capacity of 24,000 containers has been launched in China. It is the world's largest container ship.

Axar.az reports that the 400-meter-long ship, built at the Hudon-Conhua shipyard in Shanghai, is also the first ultra-large cargo ship made in China. The ship, owned by Ever Green, is 61.5 meters wide and has a deck area of ​​24,000 square meters.

Chen Jun, general manager of the shipbuilding company, said that the Ever Alot, which is no different from similar ships carrying 22,000 containers, has a carrying capacity of 10 percent more. Thanks to hydrokinetic optimization technology, Ever Alot's daily carbon emissions are lower than those of ships capable of carrying 23,000 containers.

Hudon Conhua has received orders for the construction of 9 more such ships. Three of them will be delivered to customers later this year.