The meaning of Mirziyayev's gesture to Aliyev - Photo 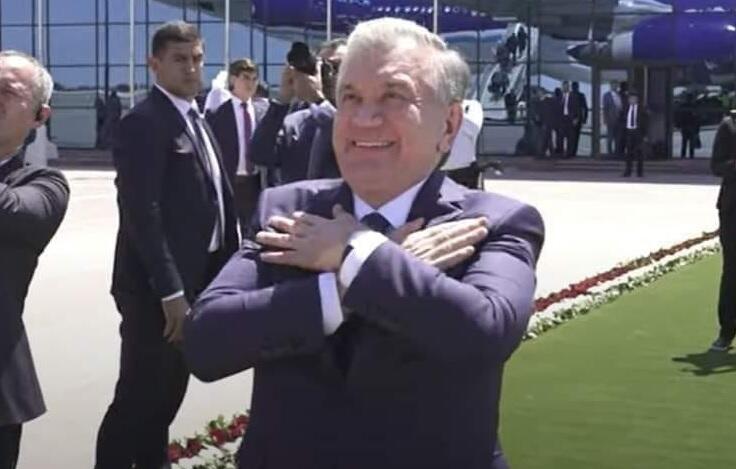 This gesture made by the President of Uzbekistan Shovkat Mirziyayev at the airport as he saw off Ilham Aliyev expresses deep respect, eternal friendship, unity and equality.

The diplomat stressed that this gesture is essentially similar to the message given by the country's leaders at the end of the Technofest Azerbaijan festival.

It should be noted that Shovkat Mirziyayev personally saw off Ilham Aliyev, who was on an official visit to Uzbekistan on June 21-22, from Urgench International Airport. Mirziyayev's gesture to Ilham Aliyev at the farewell ceremony was met with great interest and sympathy on social networks.