Turkish specialists have been working in Karabakh 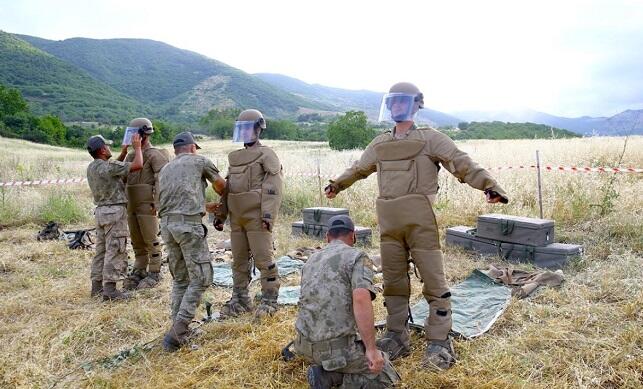 The Special Mine Search and Clearance (OMAT) teams of the Turkish Armed Forces continue to support Azerbaijan in clearing mines from territories freed from Armenian occupation.

Axar.az reports that "TRT Haber" has published information about this.

"During the occupation, Armenia planted hundreds of thousands of mines in the region. The main goal of the Azerbaijani government, which is carrying out large-scale reconstruction and infrastructure works in the territory freed from occupation, is to clear its territory of mines. OMAT groups of TSQ also contribute to these activities. OMAT teams were sent to Azerbaijan in December 2020 to carry out my exploration and destruction in the Khojavand region, as well as in the liberated areas of Jabrayil and Aghdam. Despite their difficult and dangerous work, OMAT has been working tirelessly for almost a year and a half to support the brotherly country of Azerbaijan," the report said.