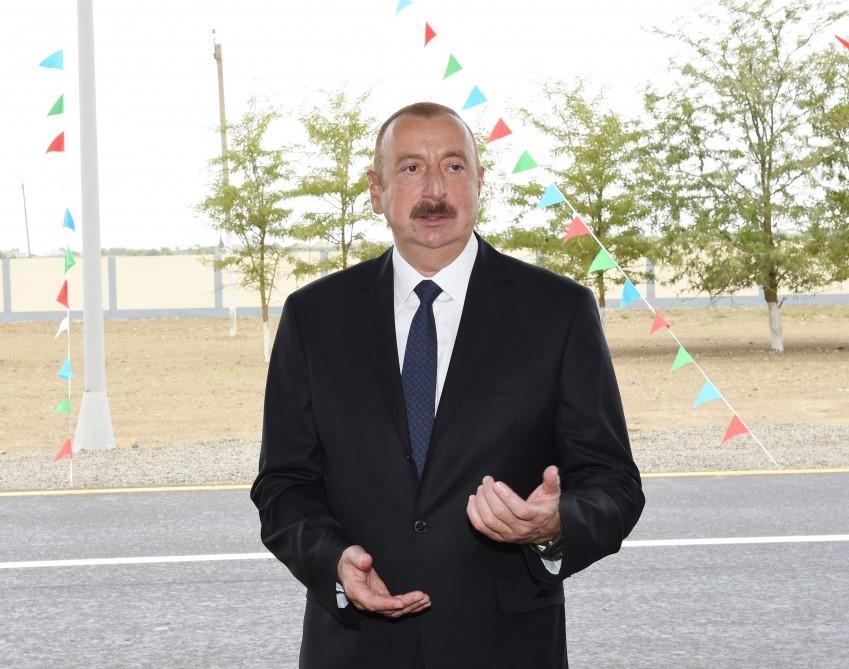 The President of the Republic of Azerbaijan, Ilham Aliyev, in an interview with Azerbaijan Television in Basgal settlement on August 12, also talked about the reconstruction works carried out at the "Diri Baba" tomb in Gobustan district.

Axar.az reports that the head of state, who emphasized that he was familiar with the work at the "Diri Baba" tomb, said in the interview:

"Some time ago, I instructed to restore this historical monument and create tourism infrastructure around it. "Diri Baba" tomb stands out for its uniqueness in the entire Caucasus region. This tomb, which is more than 500 years old, has been recognized as a holy place by the people of Azerbaijan for centuries. Of course, it is our duty to preserve this ancient historical monument, give it a new life, and restore it. The conditions around it should also meet modern standards."