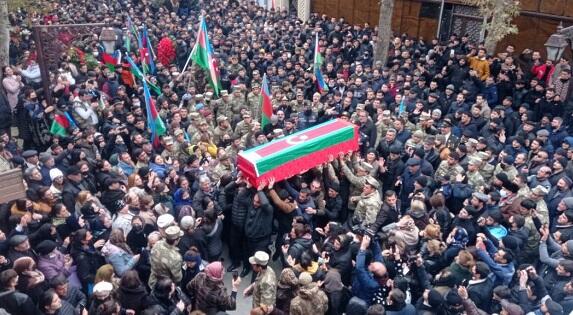 The remains of Elshan Etibar oghlu Hasanov, a veteran of the Patriotic War who died in Russia, have already been brought home.

Axar.az was informed about it that Etibar Hasanov, the gas's father.

He said that E. Hasanov will be buried in the village of Qiyamaddinli, Agjabedi district, where he was born:

"They are still at the airport. They will be brought home directly by an ambulance organized by the state," said Etibar Hasanov.