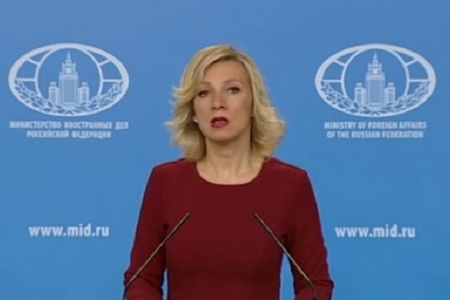 Russia's comprehensive proposals for concluding a peace treaty were presented to Armenia and Azerbaijan.

Axar.az reports that this was said by the spokeswoman of the Russian Foreign Ministry, Maria Zakharova.

"Russia provides comprehensive assistance to the normalization of relations between the two states, which are its allies, and the preparation of a peace treaty. Our comprehensive proposals were given to Yerevan and Baku. As we already reported, the special representative of the Ministry of Foreign Affairs, Igor Khovayev, made several visits to the region to conduct consultations on this issue. It seems to me that those who try to question our role and talk about our inactivity are trying to turn their dreams into reality," he said.