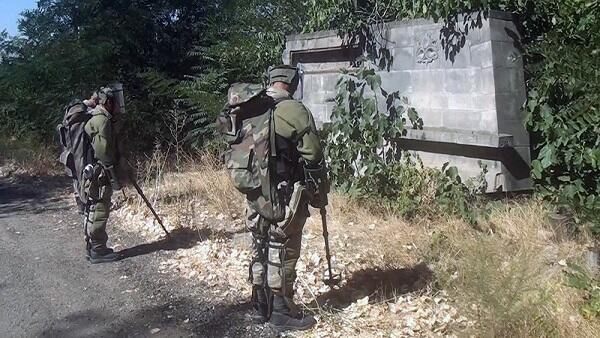 According to current non-technical and technical observations, there are approximately 40,000 anti-personnel mines in the 93-kilometer area covering Gamish and Sarıbaba mountains.

Axar.az reports that this was reflected in the letter of Yashar Aliyev, the permanent representative of the Republic of Azerbaijan to the UN, to the Secretary General of the UN and the report on the placement of new anti-personnel mines by Armenia in the territory of Azerbaijan.

It was noted in the report that recently PMN-E type anti-personnel mines produced in Armenia were discovered in Dashkasan region of Azerbaijan.

In the period from August 16 to October 6, 2020, 3166 PMN-E type anti-personnel mines were discovered in Dashkasan, Kalbajar and Lachin regions. 1,671 of them were found in Lachin, 935 in Kalbajar, and 560 in Dashkasan. Although most of these mines were of the PMN-E type, PMN-2, E-001M and TM-62 mines were among the detected and defused mines.