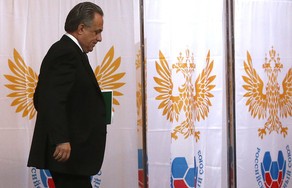 Russian Minister of Sport Vitaly Mutko re-elected president of the Russian Football Union (RFU). Elections took place on Saturday at the organization of a conference in Moscow.