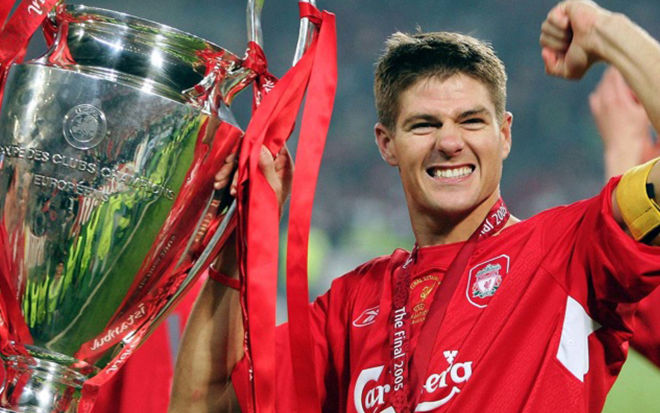 He is England's fourth most-capped player with 114 appearances and captained the side at three of the six major tournaments he played at.

"I feel lucky to have experienced so many wonderful highlights over the course of my career," said Gerrard.

"I have had an incredible career and am thankful for each and every moment of my time at Liverpool, England and LA Galaxy.

"As a teenager I fulfilled my childhood dream by pulling on the famous red shirt of Liverpool, and when I made my debut against Blackburn Rovers in November 1998 I could never have imagined what would then follow over the next 18 years."

Midfielder Gerrard was made Liverpool captain by Gerard Houllier in 2003 and led the side to the Champions League title in 2005, scoring the Reds' first goal as they recovered from being 3-0 down at half-time to beat Italian giants AC Milan on penalties in the Istanbul final.

"I am proud to have played over 700 games for Liverpool, many of which as captain, and to have played my part in helping the club to bring major honours back to Anfield, none more so than that famous night in Istanbul," he added.

"At an international level, I feel privileged to have won 114 England caps and to have had the honour of captaining my country. I will always look back with great pride at every time I pulled on the England shirt."

"I was lucky to play alongside some great players and under some fantastic managers during my time at Anfield and would like to thank each and every one of them, as well as all of the backroom staff at the club throughout my time there for the fantastic support they showed me," he added.

"I am excited about the future and feel I still have a lot to offer the game, in whatever capacity that may be. I am currently taking my time to consider a number of options and will make an announcement with regards to the next stage of my career very soon."