Zlatan Ibrahimovic will end his career at... 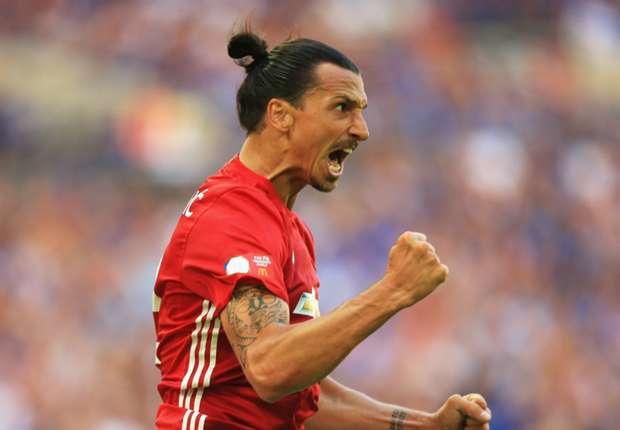 Jose Mourinho has suggested that Zlatan Ibrahimovic will end his career at Manchester United.

The United boss took Ibrahimovic to Old Trafford on a free transfer in the summer, one of his headline signings following his appointment at the club.

And the Swede has proved to be a big hit in England, with the 35-year-old having scored 16 times in 25 appearances for the Red Devils.

Ibrahimovic had been linked with moves to the USA and China before he made the move to the Premier League and Mourinho has hinted he is set to end his career with United.

He said, as quoted by Sky Sports: "I'm really happy for him. Maybe some people thought he was a top scorer but not anymore at 35 years old. But for him, 35 is the same as 25, Ligue 1 is the same as the Premier League.

"I'm really pleased with him. His record is good and he can improve. With no penalties, which is amazing too because normally the other guys that are top scorers around the world, they score a lot of penalties. He has had one penalty in 17 Premier League matches so I couldn't be happier."

Mourinho also suggested that he thinks Ibrahimovic is a better player now than when he previously managed the Swede.

The former Chelsea boss won the Serie A title with Ibrahimovic at Inter in 2009 although says he prefers the player he is coaching now at Manchester United.

He told SFR Sport: "What he does is phenomenal. He is not just about goals, he is about the passion he brings to training sessions.