Ibrahimovic: I see myself as an animal 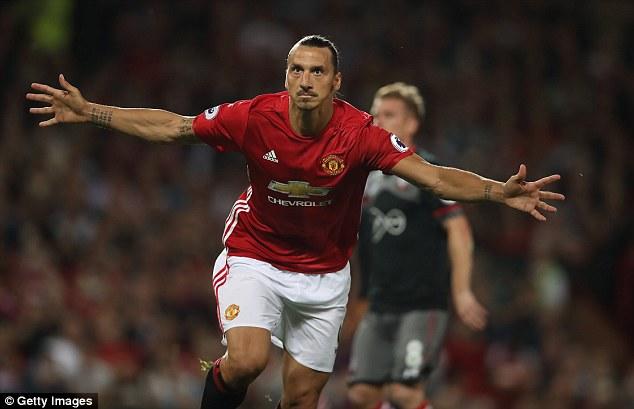 Manchester United frontman Zlatan Ibrahimovic claims that he sees himself 'as an animal' that does not need rest like normal footballers.

The 35-year-old is the second highest scorer in the Premier League this season, with 13 goals in 19 appearances for the Red Devils.

Manager Jose Mourinho had been questioned whether he would rest the forward, but admitted that despite Ibrahimovic's age, he would not drop him from his starting XI.

Now the former Sweden international has echoed his manager's claims, stating that he does not have 'a normal body' and that his training regime at Old Trafford is helping him stay at peak fitness.

"I feel good, I feel in shape," Ibrahimovic told the club's official website.

"The boss has made a good programme for me since the start. He has been adapting my physical point of view and the way I can play every game. He has to get the credit for that.

"The mixture between training, recovery and the game, I do it differently, and he set it up for me. So that is why I can hold out for so long.

"And, when you have a body like me, it is not a normal body. It is like when you see an animal. It goes in and is fresh always so I see myself as an animal."