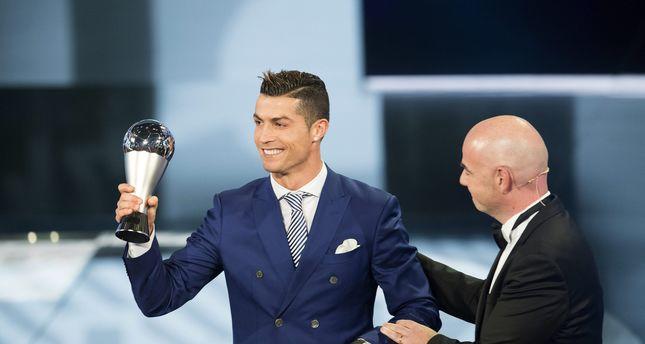 Axar.az reports that, he beat runner-up and great rival Lionel Messi and Antoine Griezmann to complete a sweep of top individual awards.

"2016 was the best year of my career," Ronaldo said in Portuguese in his acceptance speech, which he began by exclaiming "Wow, wow, wow."

Ronaldo got 34.54 percent of total voting points in a 23-candidate ballot. Messi received 26.42 percent, and third-place Griezmann got 7.53 percent. Voting was by national team captains and coaches, selected media, and fans online.

Ronaldo's fourth FIFA award closed the gap on five-time winner Messi, the runner-up to each Ronaldo victory, who did not attend the ceremony.