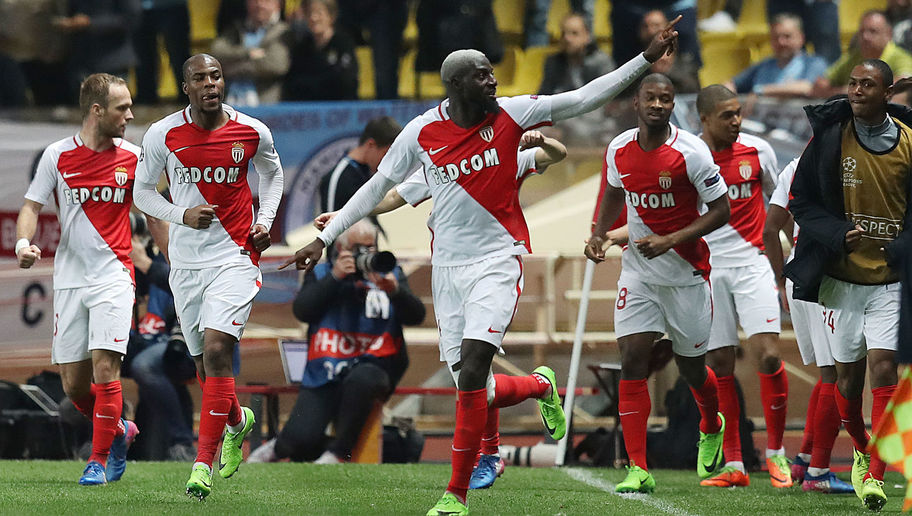 Monaco knocked Manchester City out of the Champions League after another thrilling 3-1 result, while Atletico Madrid held off Bayer Leverkusen.

As the first leg ended 5-3 for Manchester City, it was no real surprise that the second encounter started at such an extraordinary pace, even without injured Monaco hitman Radamel Falcao and suspended defender Kamil Glik.

It took just eight minutes for the hosts to break through, as Willy Caballero parried a Kylian Mbappe shot, but it was put back in by Bernardo Silva for Mbappe to prod in from close range.

The 18-year-old had the ball in the back of the net again, but this time he was flagged offside.

However, Monaco did get their second when Mendy burst down the left and pulled back for Fabinho to drill home. That made it 5-5 on aggregate, with the Ligue 1 side ahead on away goals.

Manchester City’s first genuine chance was in the second half, but Andrea Raggi made a decisive block on Sergio Aguero. The striker later turned over from six yards and then his touch was heavy, allowing Subasic to make a fantastic save one-on-one.

Manchester City eventually found a way through with 19 minutes to go, as Subasic only fingertipped away a Raheem Sterling effort and Leroy Sane was ready to turn in the rebound.

Just as Monaco seemed to be running out of steam, they turned the tie around again with Tiemoue Bakayoko’s header from a free kick.

Pep Guardiola’s men couldn’t mount another comeback and went out on away goals, 6-6 on aggregate.

Atletico Madrid won the first leg 4-2 away to Bayer Leverkusen, so their passage to the quarter-finals was never really in doubt.

There was only one big scare, when Jan Oblak performed three saves in the space of 10 seconds on Brandt and twice on Volland, before Chicharito fired wide.