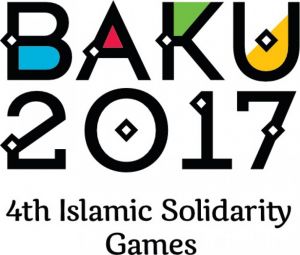 From April 1 on, those involved in organizing the 4th Islamic Solidarity Games, as well as the participants will be able to come to Azerbaijan without a visa.

This is according to the order signed by Azerbaijani President Ilham Aliyev on March 2, 2017 about measures on the organization and holding of the 4th Islamic Solidarity Games.

According to the order, from 1 April to 1 July, foreigners and stateless persons who have been accredited appropriately will be able to enter and leave Azerbaijan on the basis of a passport or other documents necessary for border crossing and an accreditation card, without a visa.

There will be no working permit requirement for foreigners and stateless persons who are going to be involved in activities in the territory of the Republic of Azerbaijan in connection with the organizing and holding of the 4th Islamic Solidarity Games and accredited appropriately.

The Baku 2017 Islamic Solidarity Games is an exciting multi-sport event uniting the Islamic world, which will take place in Baku, Azerbaijan from 12 – 22 May 2017.

Azerbaijan’s capital city Baku was awarded the Games at the General Assembly of the Islamic Solidarity Sports Federation (ISSF) in Jeddah in July 2013.