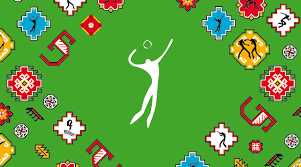 Azerbaijan and Uzbekistan female teams met at the first game of the tournament. The hosts of the tournament dominated the game played at "Sarhadchi" Sport Complex. The team led by Georgi Voronov ended the first half ahead with the score 24:13.

After the break the hosting team kept the pressure and sealed victory with score 42:25.

After this win the Azerbaijan national team rose to final and ensured at least silver medals. They became a first team ensuring medals of the tournament. The second match of the day between Turkey and Cameroon at 13:30 will reveal opponents of our team. The final game will be played on May 14, 18:00.