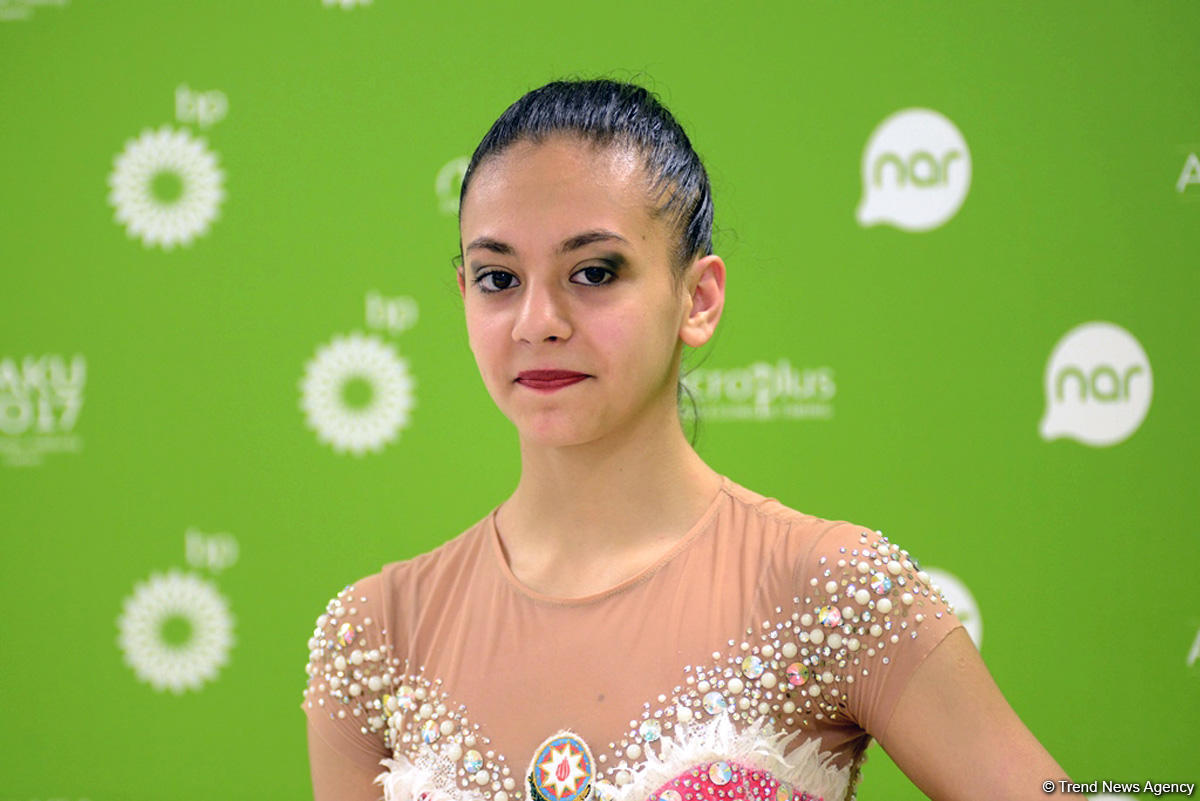 Azerbaijani gymnast Zhala Piriyeva won a gold medal in the exercises with a ball at the 4th Islamic Solidarity Games in Baku.

Axar.az reports citing to Trend she scored 17.550 in the finals.

The silver medal went to Uzbekistan’s Anastasiya Sedyukova who scored 16.950.

The Baku 2017 Islamic Solidarity Games started May 8 and will last until May 22 in Azerbaijan’s capital on 16 sports grounds in 21 kinds of sports – 17 Olympic ones and three non-Olympic ones.