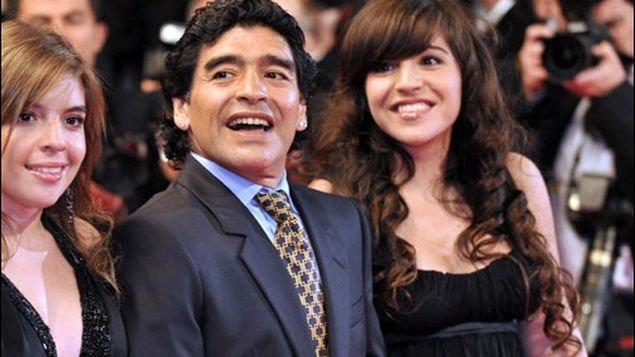 Maradona got into a legal fight with his former wife, Claudia Villafañe, and his daughter Giannina, Sergio Aguero's former partner.

Axar.az reports citing Livesoccertv that, Diego Maradona is entangled in one more legal battle, but this time he's fighting against one of his own.

The legendary player filed a lawsuit against his former wife, Claudia Villafañe since he believes that his ex-stole four million euros from 2000 to 2015 when she was in charge of handling his estate. But there's more to this legal battle, as "El Diez" will file a motion to have his daughter Gianinna thrown into jail for allegedly helping her mother launder an undisclosed amount of money.\

According to Maradona's attorney, Matías Morla, the legend's daughter opened an account in Uruguay to launder the money, withdrawing the amount days later. Since she was cited to appear in front of the court to testify about her mother's handling of Maradona's money, the Argentinean justice might send her to prison for interfering with the investigation.

"What did they think he was going to do? Talk to the judge and ask him not to proceed against them? The investigation can't be stopped because a judge, a prosecutor, and the FBI are already involved. Now, Diego is not the victim, it's the Argentinean IRS," Morla stated.

As soon as the news broke, Gianinna Maradona used her Twitter feed to aim a dig at her father.

"Thank you all for your kind messages! I'm currently undergoing a beautiful inner experience. I forgave worse things from him, and I decide to do the same today. Here in the distance I can only send him my love and thank him because it's thanks to him that I could choose who and how I want to be"

Maradona and his former wife were married for 13 years. The player's problems with drugs and infidelities forced Claudia to file for divorce in 1997, and the marriage was dissolved in 2004.

The couple was spotted together during several tributes to Maradona, but things got out of hand once Diego Maradona filed to have his assets audited in 2014, resulting in the current legal battle.