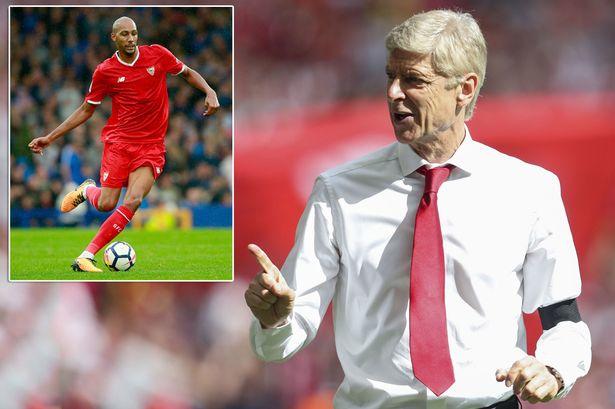 Arsenal have reportedly reached an agreement with Sevilla to sign midfielder Steven N'Zonzi during the January transfer window.

Axar.az reports citing Sportsmole that, N'Zonzi has a release clause of around £38m in his contract, but Spanish outlet El Gol reports that the Gunners have not been made to trigger that.

Arsenal boss Arsene Wenger is looking at midfield reinforcements as he prepares for the possible departures of Jack Wilshere, Mesut Ozil, and Alexis Sanchez, all of whom will be out of contract at the end of the season.

The likes of Liverpool and Everton have also been linked with the defensive midfielder, but reports in Spain claim that Arsenal have now won the race for his signature.

N'Zonzi has previous experience of English football having spent six years in the Premier League with Blackburn Rovers and Stoke City.