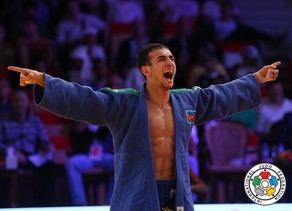 Report informs, 4 Azerbaijani judokas fought on the first day of the contest, which is important to win a license for Rio 2016 Summer Olympics.

At 1/8 finals, Orkhan Safarov (60 kg) joined the competition, his first rival was Arif Bagirov from Belarus. The meeting ended with the victory of O.Safarov.

At 1/4 finals he defeated Dutchman Jeroen Muren. Azerbaijan judoka got a license to semi-final. He has to reach the finals beating Italian Elios Manzi.

Notably, Azerbaijan in the European Championships is represented by 10 judokas.

The championship will end on April 24.