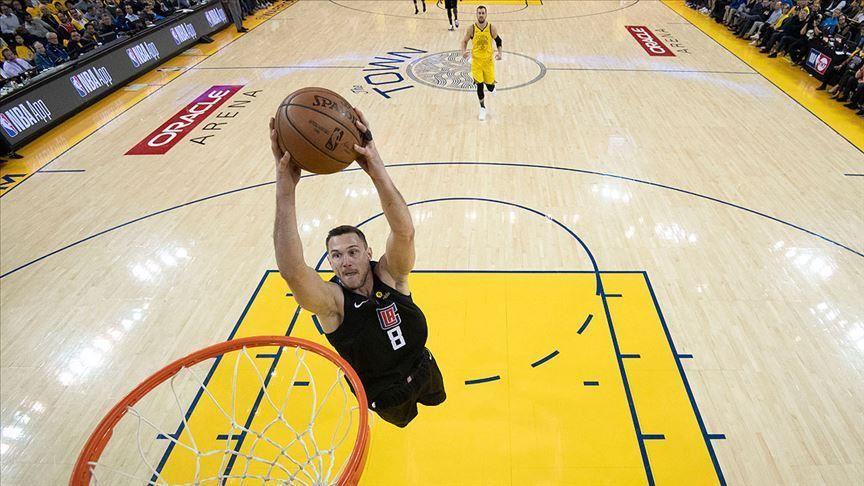 The Los Angeles Clippers managed to comeback from a 31-point deficit to beat the Golden State Warriors 135-131, in what became the largest comeback in NBA playoffs history.

Axar.az reports that, the Monday evening match at Oracle Arena saw the Clippers put on a resilient game against the reigning champions.

With 7:30 in the third quarter, the Warriors were up by 31 points, 94-63, looking as though they would be up 2-0 in the best-of-seven series. However, behind Lou Williams's great performance (36 points 11 assists) the relentless Los Angeles team came back in the fourth quarter.

The Clippers, the 8th seeded team in the Western Conference, managed to rack up 85 points in the second half, closing the third quarter only 14 points behind, 108-94.

The Warriors' Stephen Curry hit the go-ahead three point shot with 56 seconds to go in the fourth quarter, but Lou Williams cut the deficit to one point with his mid-range shot, 45 seconds remaining in the match.

For the Clippers, rookie Landry Shamet hit the biggest shot of his career, a three-pointer, to give his team the lead with 14 seconds to go.

The series -- tied at 1-1 -- will shift to the Staples Center for the next two matches.

Sixers beat Nets to even series

Six players for the 76ers scored in double digits, led by Joel Embiid's 23 points and 10 rebounds, in the victory against the Nets.

Unlike the first match, Ben Simmons was decisive in the win, making a triple-double with 18 points, 10 rebounds and 12 assists.

For the Nets, only D'Angelo Russell managed to score in double digits among the starting players, he put up 16 points.

Spencer Dinwiddie, Caris LeVert, Rondae Hollis-Jefferson and Shabazz Napier scored in double digits off the bench for the Nets, but this was not enough to prevent the 76ers’ blowout.

The series will shift to Brooklyn, tied at 1-1.