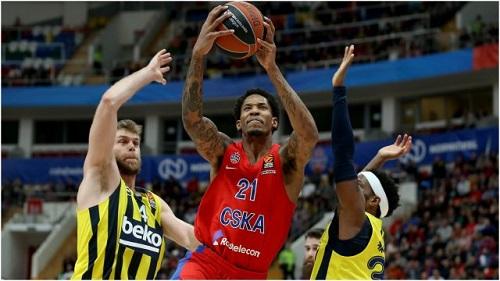 Reigning champions Real Madrid could not weather CSKA Moscow's fourth-quarter storm, blow a 13-point lead they made at the end of the third quarter.

Starting the fourth quarter only down eight points (65-73), CSKA Moscow storm back to tie the game at 80 a piece with 03:39 left in the game.

Hitting their last 8 free throws in a row, CSKA Moscow managed to eliminate the champs and move onto the final to meet Anadolu Efes.

Prior to CSKA Moscow - Real Madrid game, two Turkish clubs met in the semifinals for the first time in tournament's history.

Anadolu Efes defeated Fenerbahce Beko 92-73 to advance to their first ever finals appearance.

This year is the first time ever that two Turkish clubs have advanced to this level, making Turkey the fifth country to accomplish the feat since 1988 after Spain, Italy, Greece and Russia.

The final will be played on Sunday.