Chelsea can sign contract with Giroud after EL final 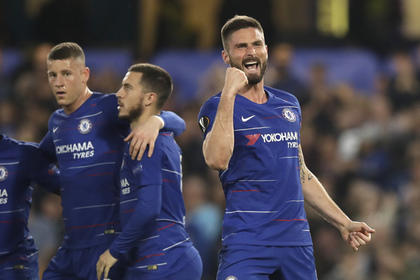 England's Chelsea will extend the contract with Olivier Giroud following UEFA Europa League final match to be held in Baku.

Axar.az reports citing the Telefoot that the team is expected to sign a contract with the 32-year-old forward until July 2020, though Chelsea usually has a contract for 1 year with the players over the age of 30.

Giroud, who won the 2018 World Cup in the squad for the French national team, scored two goals for Chelsea in the current season.

N'Golo Kanté, who is also champion of Mundial, can leave Chelsea in the summer break.

According to Mirror, the PSG of France is interested in the 28-year-old midfielder. Paris Club is expected to have offer to Kanté, who has a contract with Londoners until 2023 summer.

Notably, Chelsea will face other London’s representative Arsenal at the final match to be held at the London Olympic Stadium on May 29.