If Mkhitaryan was so scared, then let him buy diapers 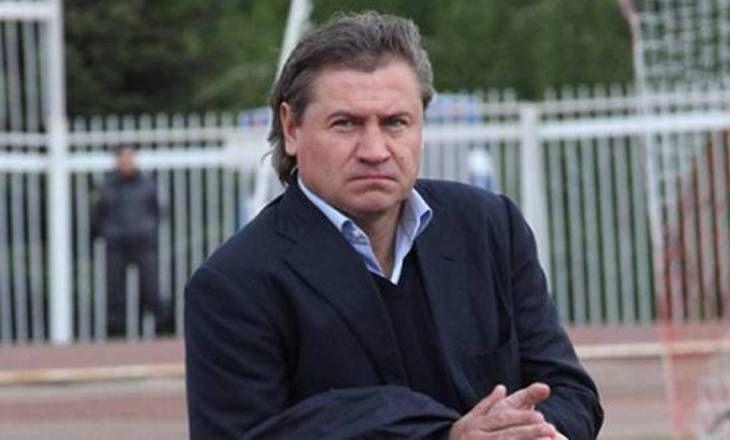 Former midfielder of England's Manchester United and Everton teams Andrey Kanchelskis gave an interview to Rusfootball.info and shared his expressions about the Europe League final between Chelsea and Arsenal and the Champions League final between Tottenham and Liverpool, as well as Arsenal's Armenian midfielder Henrik Mkhitaryan's refusal to go to decisive match in Baku for political reasons.

Axar.az presents you the following interview:

- The fact that four teams from the Championship of England are represented in the final matches of two European Cup tournaments surprised you?

- At the moment, the English Premier League - number 1 in European football. This is an indication that other championships are lagging behind today. There was a time when the Spaniards dominated, the Italians ... Now - the British. There is nothing strange and surprising - everything is natural.

- On Wednesday in Baku, the Europa League final will be held, in which the winner of the trophy will be either Chelsea or Arsenal. Who would you put here?

- I am sure that there will be good football, but I have never made a bet - I don’t know what it is. If we talk about the chances of the teams, then at the moment, it seems to me, they are preferable to Chelsea. Because they have a balanced composition in all lines. I think they will win. But the final is the final.

- Arsenal's Armenian midfielder Henrikh Mkhitaryan refused to fly to Baku for political reasons. How do you feel about the decision of the player?

- I do not understand this. Who are you afraid of? What kind of political relationship? You play football - go and play. What nonsense!

It is just funny. Some kind of clowning! Football is football, and politics is politics. Go and play, show that you are not afraid of anyone. What do you do there? No matter how the relations between Azerbaijan and Armenia develop, you have to go and play. In the end, no one will touch even a finger to you in there! Well, maybe they would have whistled, shouted ... They also whistled at Maradona because he scored a goal with his hand against England. And Maradona is still alive! If Mkhitaryan was so scared, then let him buy diapers.

- What is your expectations from UEFA Champions League final?

- It will be interesting too. Because, again, the English teams but they have one small drawback: at any result, they play open football. Italians for instance, they play they score and then they start to do defense but English players can't do this. Therefore, of course the final is expected to be productive in here too.