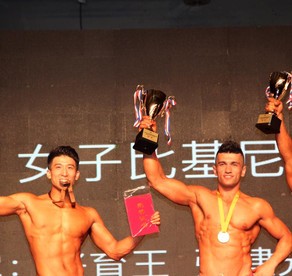 It was told by S. Hasanov himself. According to him the competition was attended by more than 120 students from 15 universities.

According to him in B Group of "Men's Physique" among 20 athletes in preliminary, semi-final and final stages he achieved a victory.

Note that Sadig Hasanov studying at the graduate level of Beijing Sports University.