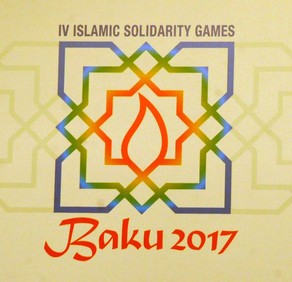 A two-member Pakistan delegation, comprising Pakistan Olympic Association (POA) Secretary General Muhammad Khalid Mahmood and Media Adviser Asif Azeem will leave for Baku on Wednesday (tomorrow) to attend a preparatory meeting for the 4th Islamic Solidarity Games to be held there next year.

According to the Pakistani Daily Times, an official of the POA said on Monday that a meeting of the member countries would be held in the Azerbaijan’s capital on May 12 and 13.

“A detailed report will be presented at the meeting about preparations for the event, venues of the games and provision of facilities to sports persons and others. A final approval will also be given regarding the total number of events at the Solidarity Games. The members will also visit the Olympic Stadium as well as the village. There will be a special briefing regarding the opening and closing ceremonies of the Games,” he added.

He said matters pertaining to security for the players, officials and spectators would also come under discussion. “Views will also be exchanged on the occasion regarding the anti-doping measures.”

As many as 30 countries are expected to participate in the Fourth Islamic Solidarity Games. Preparations are in full swing in Baku for holding these Games in May next year under the auspices of the Islamic Solidarity Sports Federation.