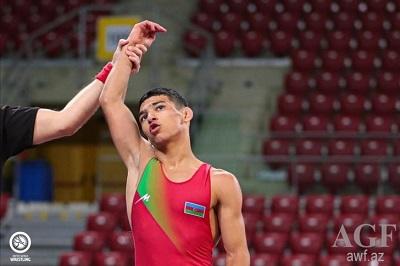 Three Azerbaijani Greco-Roman wrestlers were competing on the fifth day of the championship.

Other two Azerbaijani wrestlers Ziya Babashov (48 kg) won the silver medal, while Hasan Hasanli (65 kg) was defeated by the Iranian wrestler with a minimum difference in quarterfinals.