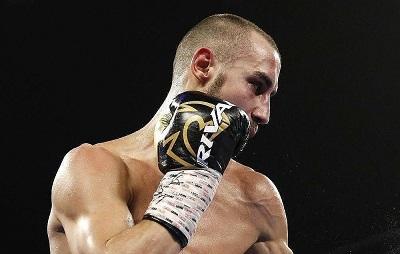 Russian boxer Maxim Dadashev, who died in the United States after a fight, was buried at the Petergof cemetery in St. Petersburg.

After a farewell ceremony at the Petergof morgue at the Nikolayev hospital, a Muslim ritual was performed involving bathing, followed by salah (prayer). Later the boxer’s body was taken to the cemetery and buried in a Muslim area.

Relatives and friends as well as the leadership of the St. Petersburg boxing federation, the Russian Boxing Federation, veterans, coaches and athletes attended the ceremony to pay tribute to Dadashev. The Dagestan Republic’s representatives were also present at the ceremony.

"Since his childhood, he had had a vehement and unstoppable wish to overcome himself and gain victory during a fighting. He fought sparing neither pains nor health," said Dadashev’s first coach Oleg Sokolov, who had trained him since the boxer was 10 years old.

"No one of us could even think of such a tragic end. <...> We believed that he would achieve his goal and become a champion, because he had a great potential," said Ruslan Dadayev, who had trained Dadashev since he joined the junior team before going to the US.

Dadashev, 28, was hospitalized after suffering a brain injury in his IBF light-welterweight fight against Puerto Rican boxer Subriel Matias in Oxon Hill, Maryland, USA, on July 19.

The Russian boxer’s team threw in the towel in the 11th round due to Dadashev’s rapidly worsening condition. After leaving the ring, the Russian started vomiting and lost consciousness. He was hospitalized in critical condition, diagnosed with severe brain swelling and underwent emergency brain surgery. Dadashev died on July 23.

Maxim Dadashev, also known as Mad Max, had a professional boxing record of 13 wins (11 by KOs) and one defeat. Dadashev suffered his only defeat on July 19 in the fight against Matias.