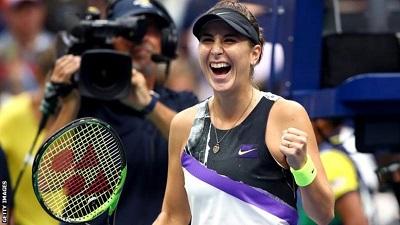 Defending champion Naomi Osaka has been knocked out of the US Open, losing 7-5 6-4 to Switzerland's Belinda Bencic in the last 16.

Osaka, 21, was broken late in the opening set and then again in the fifth game of the second under the Arthur Ashe Stadium roof at Flushing Meadows.

Japan's Osaka will lose her world number one ranking, with Ashleigh Barty of Australia to return to the top spot.

Bencic, the 13th seed, will play Donna Vekic in the quarter-finals.