Neymar and Mbappe laughing during the match - Photo 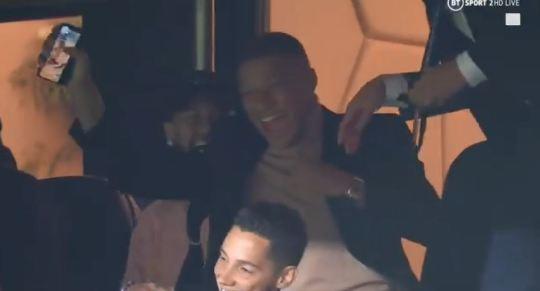 Paris Saint-Germain kicked off their Champions League campaign with a comprehensive 3-0 win against Real Madrid at the Parc des Princes.

Axar.az reports citing Metro.co that Angel Di Maria struck twice in the first half against his former club and Thomas Meunier rounded off the victory in stoppage time.

Thomas Tuchel’s men were without their first-choice attack with Kylian Mbappe and Edinson Cavani missing through injury, while Neymar was suspended. Their absence made the victory all the more impressive and Mbappe and Neymar looked impressed as they watched on from the stands.