Today semi-finals of U-17 Championship to be held 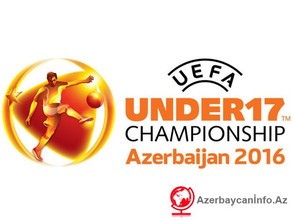 Today U-17 Baku European Championship semi-finals will be held.

Portugal team will play against the Netherlands, Germany against Spain.

As a leader of A group, in which Azerbaijan also take place, Portugal defeated Austria at this stage qualifying for 1/4 finals. At the same stage, the Netherlands won Sweden, Germany Belgium and Spain the United Kingdom.

Both meetings will take place at Dalga Arena.

Final match will be held on May 21, at Bakcell Arena.