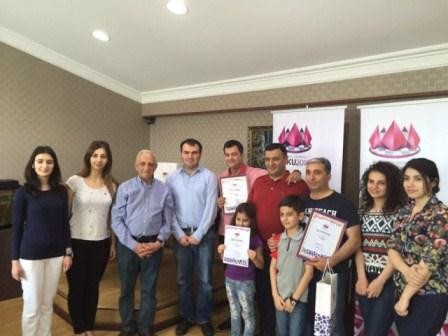 Producer of the “Bu Seherde” theatre Mushvig Abbasov, and the theatre’s actors Joshgun Rahimov and Rafael Isgandarov were chosen to be the Celebrity Ambassadors of the World Chess Olympiad.

The Celebrity Ambassadors thanked the Operating Committee, saying they will try to justify the committee’s confidence.

The 42nd World Chess Olympiad will be held in Baku on September 1-14 at the Crystal Hall.