Baku F1 2016 to be outstanding in all senses 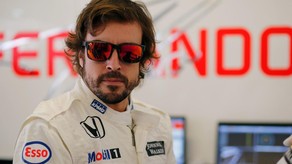 Formula-1 2016 race promises to be outstanding in all senses.

“I think the spectators will admire the cars, racing at a speed of over 300 kilometres an hour on the fastest street circuit in the world. It is the fastest street track and it will be an unbelievable show. Here you have the opportunity for overtaking, many different actions, and very high speeds – around 340 km an hour. City circuits usually lack it - they are mostly narrow, giving no chance for overtaking. But everything will be different in Baku,” one of the upcoming race favourites said.

To the credit of the event organizers, they have carried a huge job. The six-kilometre track with 20 turns of various complexity extends through the centre of Baku, covering the Old City, as if inviting for a thrilling trip to the history of the ancient city, which counts more than 2000 years of age.