Khabib: I had my last UFC fight 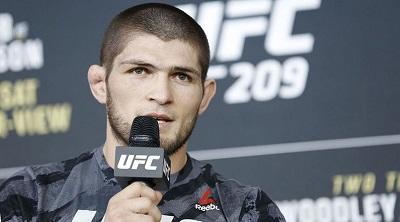 Axar.az informs that the statement came from Khabib Nurmagomedov.

"It was my last fight here," Nurmagomedov said after he defeated Justin Gaethje of the United States on Saturday submitting him early in the second round, and retained his lightweight title for the third time. "When UFC called me about Justin I talked with my mother. She doesn’t know how I fight without father, but I promised it’s going to be my last fight, and if I give my word, I have to follow it," he added.