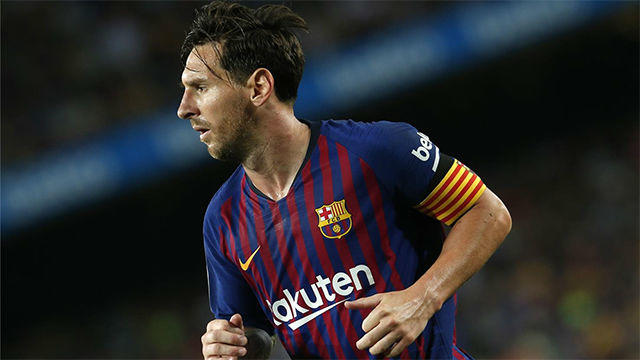 FC Barcelona and Lionel Messi were earlier reported by Spanish media to have reached an agreement on the iconic striker’s 10-year deal, worth $293 million, that includes two more seasons on the field for the Catalan club. The original contract had been set to expire on 30 June, with speculation regarding the iconic player’s next move running rife.

Axar.az reports that Paris Saint-Germain (PSG) president Nasser Al-Khelaifi has weighed in on speculations regarding the future of Argentine soccer icon Lionel Messi, claiming the Paris-based club might yet snag the striker.

In an interview with L'Equipe, he noted: "Messi is at the end of his contract and all clubs have the right to talk to him and recruit him for next season.”
Despite earlier reports in Spain hinting that the winner of a record six Ballon d'Or awards is close to extending his stay at Barcelona, the Qatari businessman, chairman of Qatar Sports Investments and PSG president, struck an optimistic note.

"What I can tell you, and you can believe me, is that all great players want to come to PSG. All – just to be clear, I’m not saying that to answer you on Messi. It’s not possible to sign them all, since we have great players too. And Messi is Messi, a fantastic player," said Al-Khelaifi.