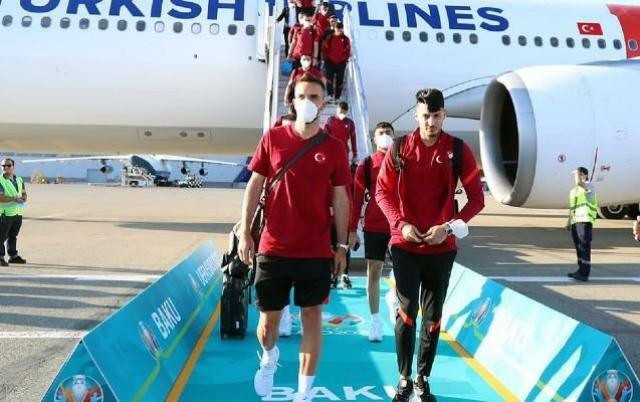 The Turkish national team, which will play two matches of Group A of Euro-2020 in Baku, has arrived in Azerbaijan.

Axar.az repotrts that the players were met by Turkish Ambassador to Azerbaijan Cahit Bagci at the port.

The Turkish national team will face Wales on June 16 and Switzerland on June 20 at the Baku Olympic Stadium.