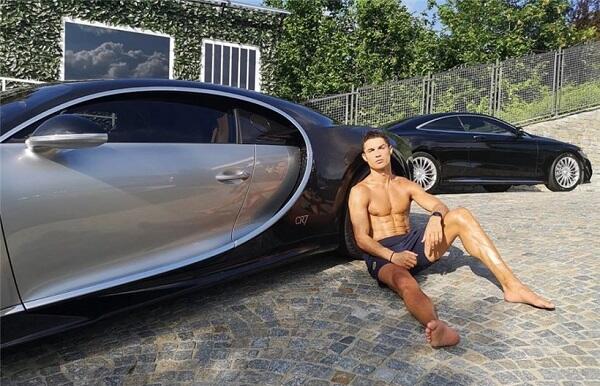 Cristiano Ronaldo's driver waited nearly seven hours to fill up the Manchester United star's Bentley but left without any petrol amid the ongoing fuel crisis crippling the United Kingdom.

Axar.az reports citing foreign media that the newly-purchased £164,000 Bentley Flying Spur was pictured at a Shell forecourt near to the Man United star's home on Tuesday.

The supercar pulled up at 2:20 pm and waited six hours and 40 minutes before finally leaving just after 9 pm when the driver lost all hope that any petrol would be delivered.

The Bentley was accompanied at the petrol station by a Range Rover being driven by one of Ronaldo's bodyguards.