Great responsibility to perform at home 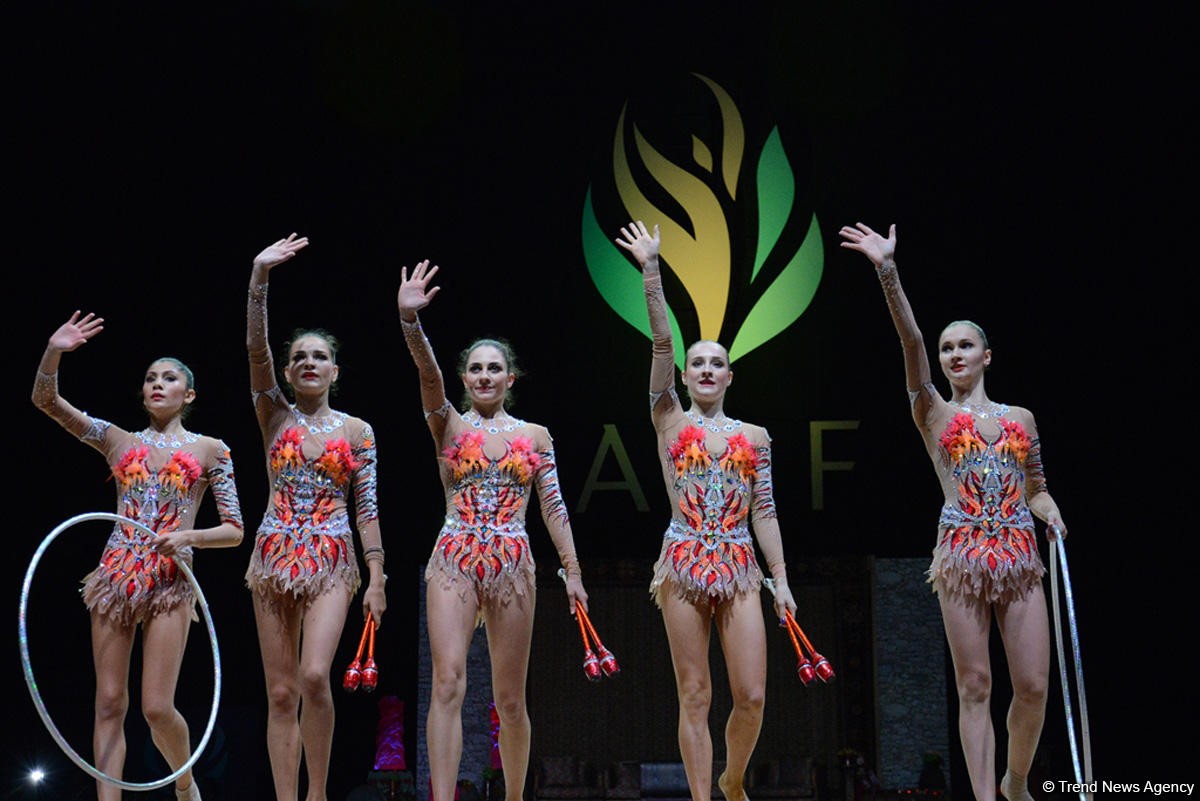 Azerbaijani gymnasts say they were pleased to perform at home, in Baku.

“Azerbaijani gymnasts could have performed better at the FIG World Cup Final in Rhythmic Gymnastics,” Diana Doman, one of the gymnasts, told on July 23.

“It is a great responsibility to perform at home, in Baku, but the spectators’ support helped us greatly,” Doman added.

“We will try to get the best results,” another gymnast Siana Vasileva said.

Twenty-six gymnasts and nine teams will compete for medals in the all-around on the first two days of competitions. Apparatus finals will be held on the event’s last day.

A traditional Gala will be held on July 24 as part of the FIG World Cup Final in Rhythmic Gymnastics in Baku.