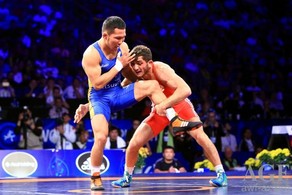 UnitedWorld Wrestrling (UWW) unveiled a new ranking in freestyle wrestling on the basis of the results of the competition, held in February 2016 before the European Championship.

According to the UWW rating included 11 Azerbaijani wrestlers.

Togrul Asgarov, Jabrail Hasanov, Hetag Gazyumov and Jamaleddin Maharramov who missed a few competitions in last month, dropped by one position in the ranking.Sharif Sharifov 97 kg is in top ten.