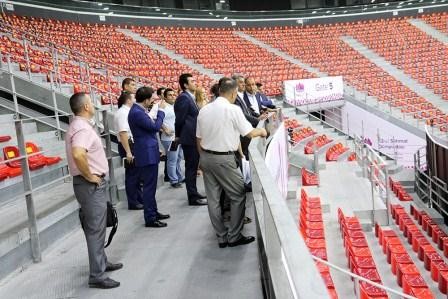 After reviewing the playing hall, the press center, the conference and exhibition halls, the minister was briefed on the opening ceremony of the Olympiad. Since participating teams will be arriving in Baku at about the same time, airport pick-up is also being arranged.

The Baku Chess Olympiad will be joined by 182 men’s and 142 women’s teams. The opening ceremony of the event will be held at the National Gymnastics Arena on 1 September.