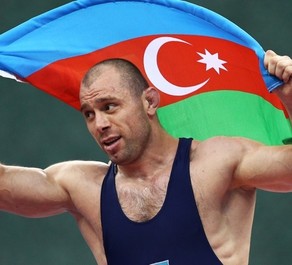 Azerbaijani freestyle wrestler at Rio 2016 Khetag Gazyumov has been presented a house in North Ossetia.

The athlete, 97 kg, was presented about 12 500 AZN prize money and key to the two-room apartment.

On August 31, the athlete was welcomed at Vladikavkaz Airport of North Ossetia by his relatives and fans.

Then Acting Head of North Ossetia Vyacheslav Bitarov presented prize money and the key to the athlete.