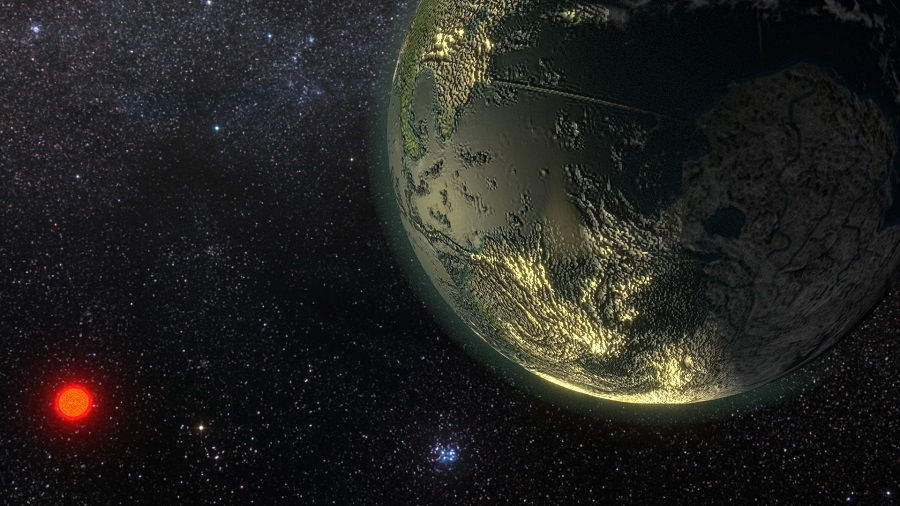 Astronomers have spotted more than 100 new potential alien planets, including one in the fourth-closest star system to the sun, a new study reports.

This haul of newfound possible exoplanets, which have yet to be confirmed as bona fide alien worlds, comes from a new analysis of 20 years' worth of data gathered by the HIRES (High Resolution Echelle Spectrometer) instrument at the Keck Observatory in Hawaii.

"HIRES was not specifically optimized to do this type of exoplanet detective work, but has turned out to be a workhorse instrument of the field," study co-author Steve Vogt, of the University of California, Santa Cruz, said in a statement. "I am very happy to contribute to science that is fundamentally changing how we view ourselves in the universe," added Vogt, who designed and built HIRES.

HIRES detects exoplanets using the "radial velocity" method: The instrument picks up the tiny gravitational wobbles that orbiting worlds induce in their parent stars. This strategy is different from that employed by the most prolific planet hunter of all time, NASA's Kepler space telescope; Kepler watches for the tiny brightness dips caused when a planet crosses its star's face — called the "transit method."

In the new study, the researchers identified 60 so-called planet candidates, as well as 54 other suggestive signals that require further investigation before they can be elevated to candidate status.

One of the official candidates circles the star GJ 411 (also known as Lalande 21185), which lies just 8.3 light-years from the sun. Only three star systems are closer. (The three-star Alpha Centauri is the nearest system to the sun. Last August, astronomers announced the discovery of a potentially Earth-like world orbiting Proxima Centauri, one of the Alpha Centauri trio. Proxima Centauri lies 4.22 light-years from Earth.)

The possible GJ 411 planet is at least 3.8 times more massive than Earth, and it's probably too hot to be habitable, study team members said. The candidate world lies quite close to the star, completing one orbit every 10 Earth days.

The huge HIRES data set consists of nearly 61,000 measurements of more than 1,600 stars. To wring the most science possible out of this catalog — which study team members called the biggest compilation of radial-velocity planet-hunting observations ever — the HIRES researchers have shared it with other exoplanet researchers around the world.

"The best way to advance the field and further our understanding of what these planets are made out of is to harness the abilities of a variety of precision radial velocity instruments, and deploy them in concert," study team member Jennifer Burt, of the Massachusetts Institute of Technology, said in the same statement. "But that will require some big teams to break from tradition and start leading serious cooperative efforts."

The new study, which was led by Paul Butler of the Carnegie Institution for Science in Washington, D.C., was published in The Astronomical Journal.

To date, astronomers have discovered 3,450 confirmed exoplanets, about two-thirds of which were found by Kepler. Several thousand more await confirmation.

And the finds should keep rolling in well into the future. For example, the European Space Agency's Gaia mission, which launched in December 2013, is expected to discover thousands of alien worlds before its work is done, as is NASA's Transiting Exoplanet Survey Satellite (TESS), which is scheduled to lift off in early 2018.