Stephen Hawking has advice for avoiding the apocalypse 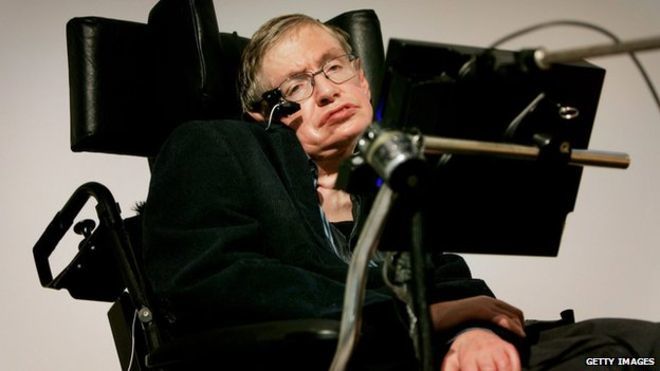 Stephen Hawking worries that humanity sometimes seems like a bunch of schoolyard bullies ... in a schoolyard littered with loaded machine guns and land mines.

"Since civilization began, aggression has been useful inasmuch as it has definite survival advantages," the world's most famous cosmologist told the UK Times. "Now, however, technology has advanced at such a pace that this aggression may destroy us all by nuclear or biological war."

Hawking says logic and reason must act as safeties on the triggers of such apocalyptic weapons. Besides catastrophic war, he also worries about climate change, mass extinctions and unchecked artificial intelligence, as he's mentioned before.

"We need to be quicker to identify such threats and act before they get out of control," he said. "This might mean some form of world government. But that might become a tyranny. All this may sound a bit doom-laden but I am an optimist. I think the human race will rise to meet these challenges."

Hawking is something of an expert on living the best-case scenario, having survived more than 50 years since being diagnosed with ALS that doctors thought would kill him after just a few years. Instead, Hawking turned 75 in January, and the party will run all year, including a gathering of physics all-stars at the University of Cambridge in July for a special conference in his honor.

While Hawking cheers humans on in tackling existential threats, he's spending his time investigating gravitational waves, the echoes of the Big Bang, and preparing to check out space firsthand.

"I'm still hoping to make it on Virgin Galactic," he said. "It is a great time to be alive."