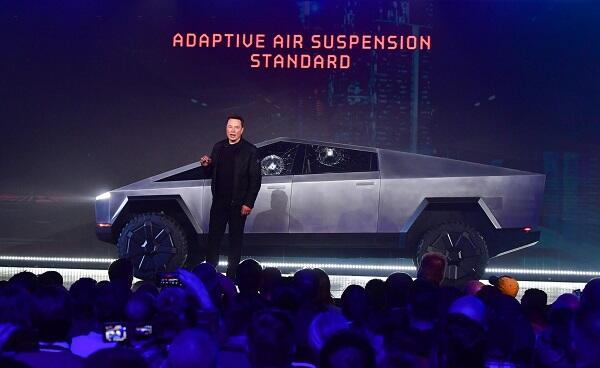 Elon Musk took the wraps off Tesla’s first pickup truck, dubbed the Cybertruck, at an event in Los Angeles on Thursday.

Axar.az reports citing CNBC that an on-stage demo that was supposed to show breakproof glass went wrong at the event, as the glass broke.

Tesla CEO Elon Musk unveiled the company’s all-electric pickup, the Cybertruck, on Thursday night at one of his company’s signature promotional events in Los Angeles. The vehicle, which represents a large metallic trapezoid, will start at $39,900.

The truck is Tesla’s sixth vehicle since it was founded in 2003, and it is most experimental. It will be competing in a market against the Ford F Series, which has been the best-selling pickup for more than 40 years in the U.S., followed by GM’s Chevrolet Silverado, another formidable competitor.