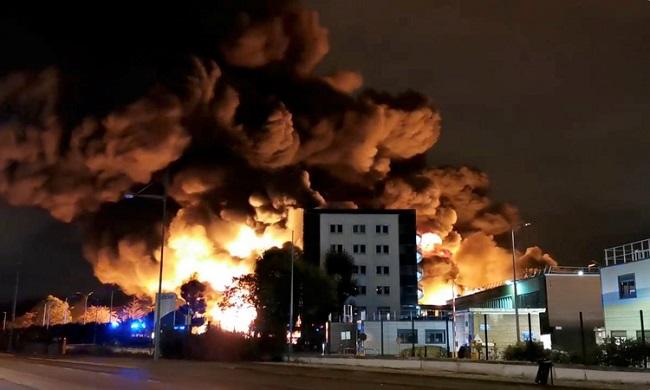 More than 90 firefighters and 35 fire trucks have been dispatched to the scene to contain the conflagration.

Axar.az reports citing foreign media that a massive fire has broken out at a warehouse in Villeurbanne, a municipality in Greater Lyon, France on Tuesday morning. There were no immediate reports of any causalities or the cause of the blaze.

According to the latest update, the fire has been contained but a squad of firefighters remains present at the site.