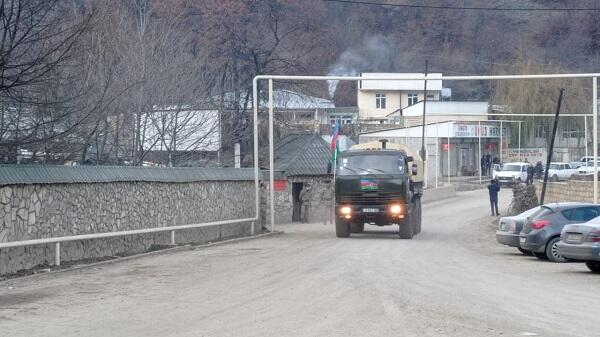 Units of the Azerbaijani Army advanced towards Kalbajar at night and in the morning.

It should be noted that in order to ensure the movement of our units in this direction, engineering work has been completed, the mountain roads, which are difficult to pass along the route of troops, are being cleared of mines and made ready for use.

We present the images of the movement of our army towards Kalbajar with armoured vehicles and equipment: