Rally in Yerevan is over, a new action announced - Video 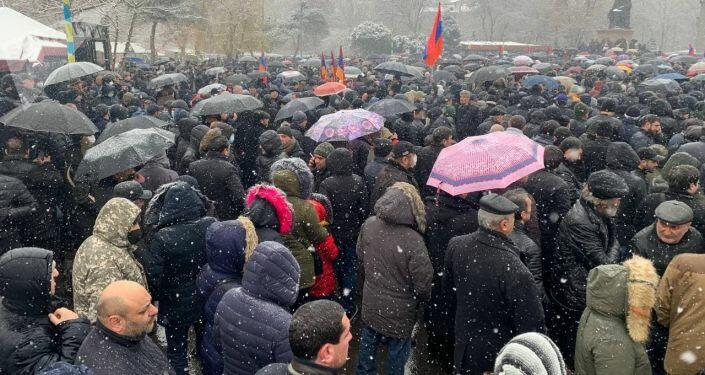 A protest action was held in the Armenian capital Yerevan.

Axar.az reports that a fight broke out between the protesters demanding the resignation of Pashinyan.

Police intervened. It should be noted that opposition leaders spoke at a rally in the central square of Yerevan today, and then protesters marched.

A large-scale rally was announced in Armenia on Monday at 18:00. The statement came from Ishkhan Sagatelyan, spokesman for the Dashnaktsutyun Party of Armenia.