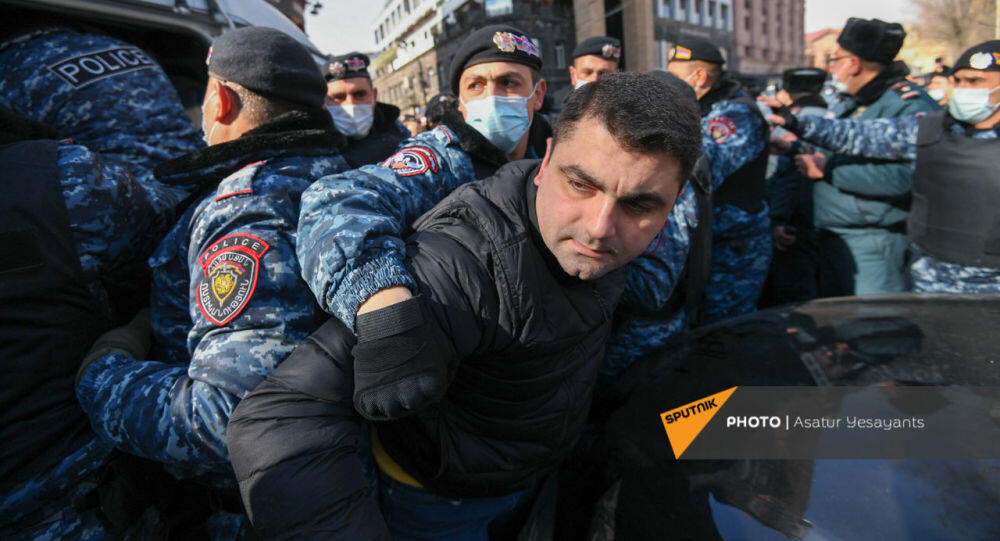 Armenian police who protested in front of the Cabinet of Ministers, No. 3 hard intervene and arrest the participants of the rally started.

Axar.az reports that protesters chanting "Nikol is a traitor" and "Nikol is a Turk" were detained.

The opposition announced that it would block the entrances to the prime minister's office from this morning. However, police did not allow them to do so, and Prime Minister Nikol Pashinyan was able to enter the workplace under the slogans of the protesters.