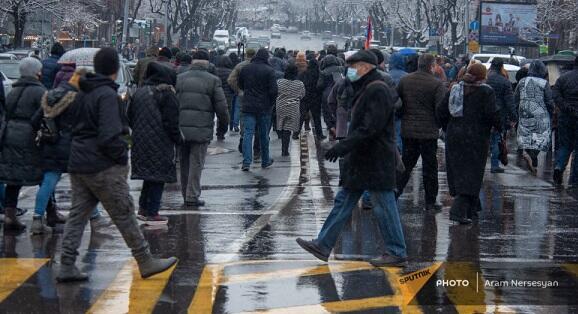 This morning, the Armenian opposition continued a rally in Yerevan demanding the resignation of Prime Minister Nikol Pashinyan.

Axar.az reports that supporters of the Salvation Movement closed the intersection of Verin Antarain and Saralanj streets.

Activists managed to close the streets chanting "Armenia without Nikol!"

Similar actions took place in other streets of the capital.

According to Gerasim Vardanyan, a member of the Dashnaktsutyun party, the protests will continue as long as Nicole Pashinyan and her team are in power.