AzTV`s documentary for 60th anniversary of the President 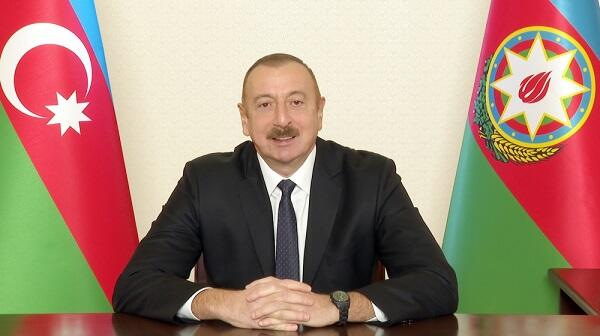 Axar.az reports that the screenplay features presidents, heads of state and government, leading politicians, heads of international organizations, and interviews by influential journalists. They commented on the personal qualities of the President of Azerbaijan, his principled position, and the characteristics of his global leadership.

Recep Tayyip Erdogan noted that thanks to the ongoing development with Ilham Aliyev, Azerbaijan has become a centre of attraction in the region.

Vladimir Putin stressed that the primary goal of the President of Azerbaijan is to make his country and the Azerbaijani people happy.

Nursultan Nazarbayev noted that the people of Azerbaijan developed during the years of independence under challenging conditions under the leadership of an energetic, wise leader.

The film "President. Unique diplomacy" spoke about Azerbaijan's successes in the economic arena and important projects. It was noted that the power of economic independence has strengthened political independence and brought closer the solution of the country's number one problem - the Armenian-Azerbaijani Nagorno-Karabakh conflict.

The victory of the Supreme Commander-in-Chief and his army in the Second Karabakh War is especially highlighted in the film.

In this regard, Vladimir Putin said that the wisdom of Ilham Aliyev contributed to the cessation of hostilities.