Hasanov took part in the training of our army - Video 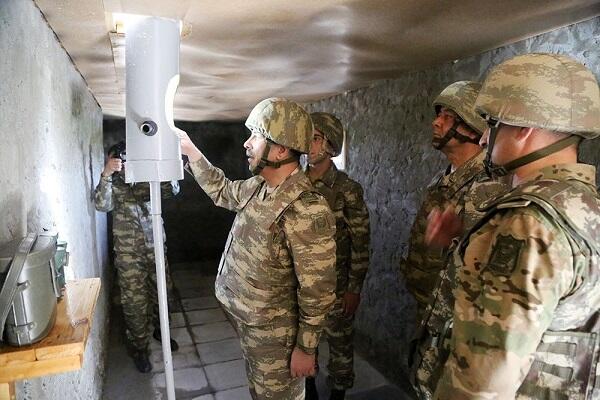 On May 18, Azerbaijani Defense Minister Colonel-General Zakir Hasanov and other senior officials of the ministry took part in a complex exercise with the communication units of the Azerbaijani Army.

The Minister of Defense, who was interested in the organization and conduct of exercises in the field control points, was presented with modern communication equipment at the disposal of the units.

It was reported that the exercises on the organization of a unified communication system, as well as radio-electronic control measures, are being successfully implemented.

Colonel-General Z. Hasanov listened to the reports in a video conference by contacting the command and control posts of the troops, as well as the headquarters of the units and formations deployed in the liberated areas.

Evaluating the progress of the exercises, the Minister stressed the importance of improving the activities of communication units, the organization of unified communication, and automated control systems between the troops.